We are proud to announce that we’ve released UniCLI, a CLI tool that makes working with PDF a breeze. The purpose of UniCLI as an supplementary tool for UniPDF is threefold:

Nearly three years ago we’ve launched UniDoc (now known as UniPDF), a powerful Golang PDF manipulation Library. It enables developers and companies to get started and running with PDF generation and manipulation in a short amount of time.

Since we’ve noticed a high demand for such library, we kept working on it and a year later released a major update - UniDoc (v2). We’re now actively working on the next major release of UniPDF v3.

Alongside that, we wanted to let people get up and running as fast as possible with UniDoc. Our users should be able to quickly see whether the binary can handle their PDF files and prototype if it can work for them. As we kept working on it, we realized it could also be a powerful tool in production for non-developers.

In addition, it is a tool that will help developers debug PDF files such as exporting objects to disk, viewing content streams etc.

With all this in mind, we released our new product, UniCLI - a CLI tool powered by UniDoc. It lets you quickly deploy and run a server application that supports most common PDF manipulation functions such as merging, splitting, optimizing, encrypting/decrypting…

UniCLI is open source and all the development and planning is done via GitHub. The repository contains examples for all supported operations.

It is licensed under the same conditions as the UniPDF library (formerly unidoc). It is under the same license terms as UniPDF with a dual license, a commercial one suitable for closed source projects and AGPL that can be used in open source software. 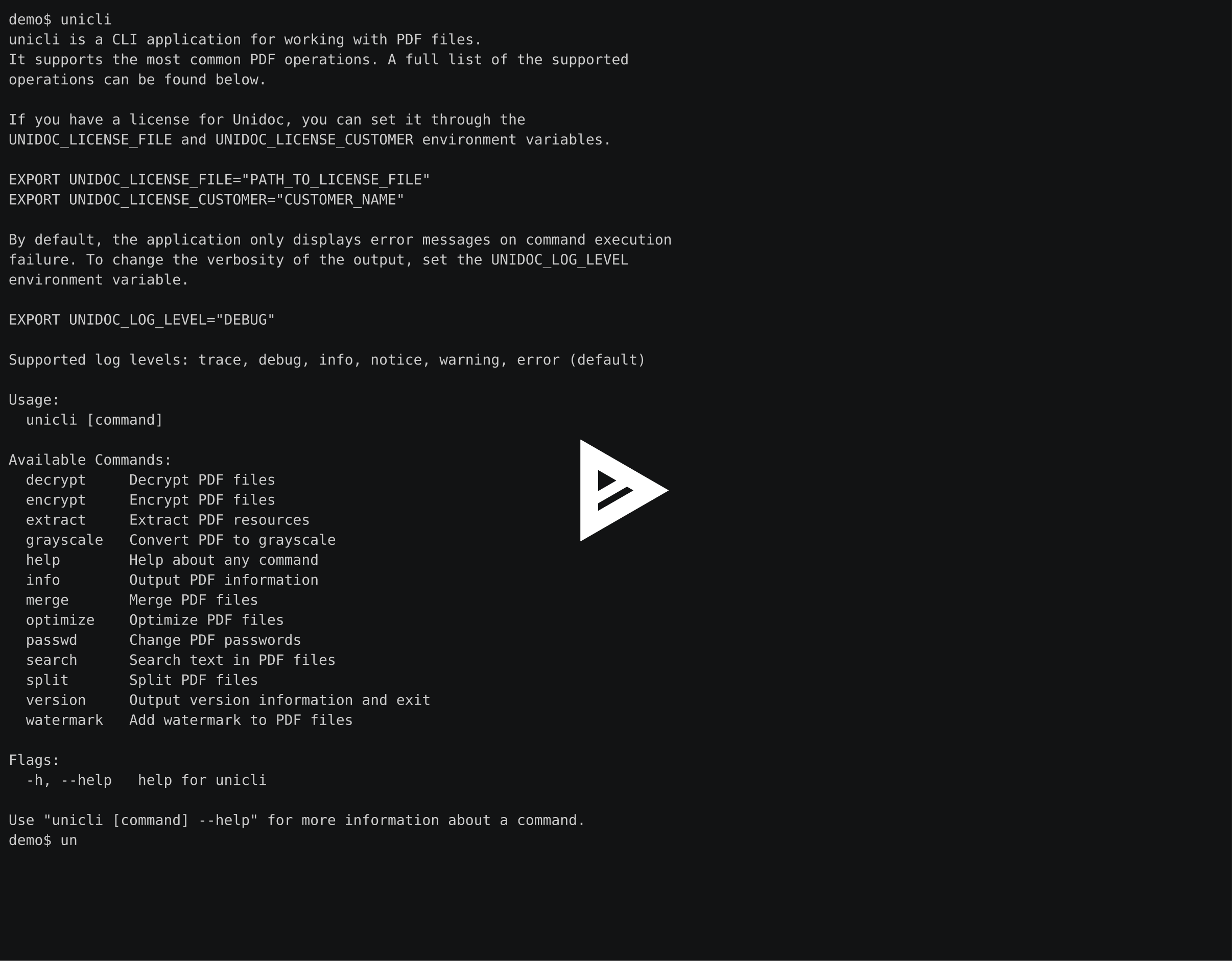